The push floor is incorporated in rectangular bunkers or in round-shaped silos. 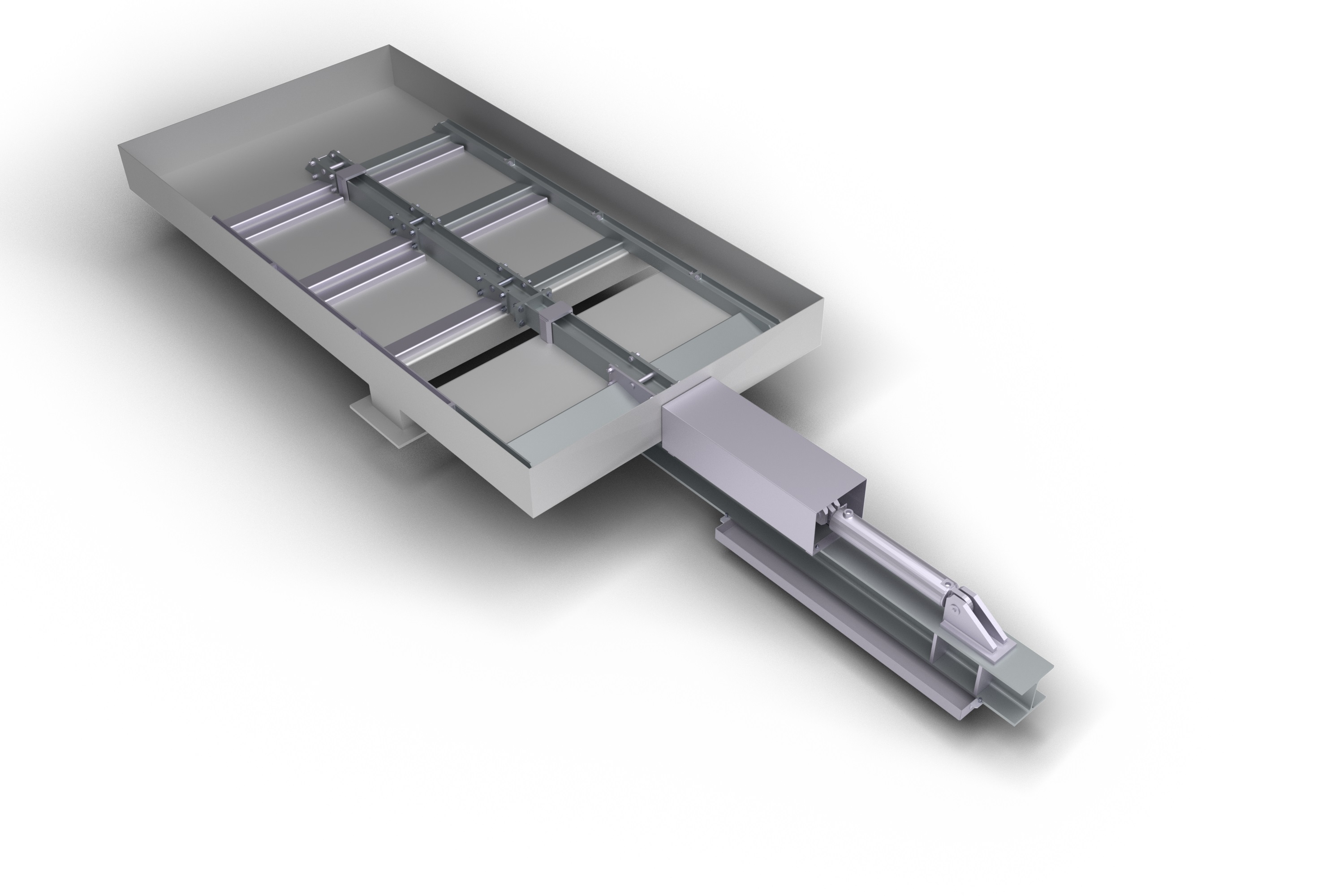 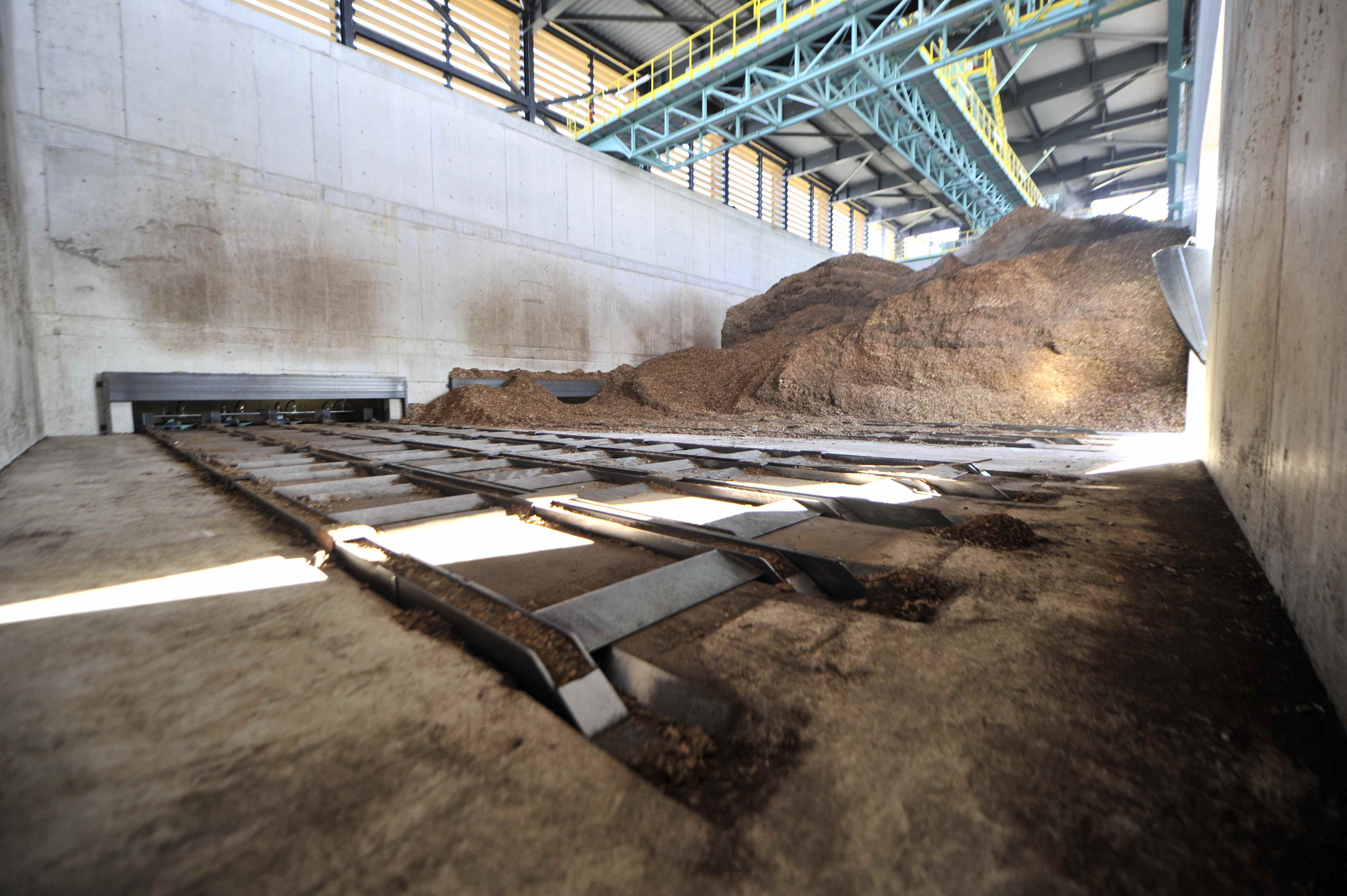 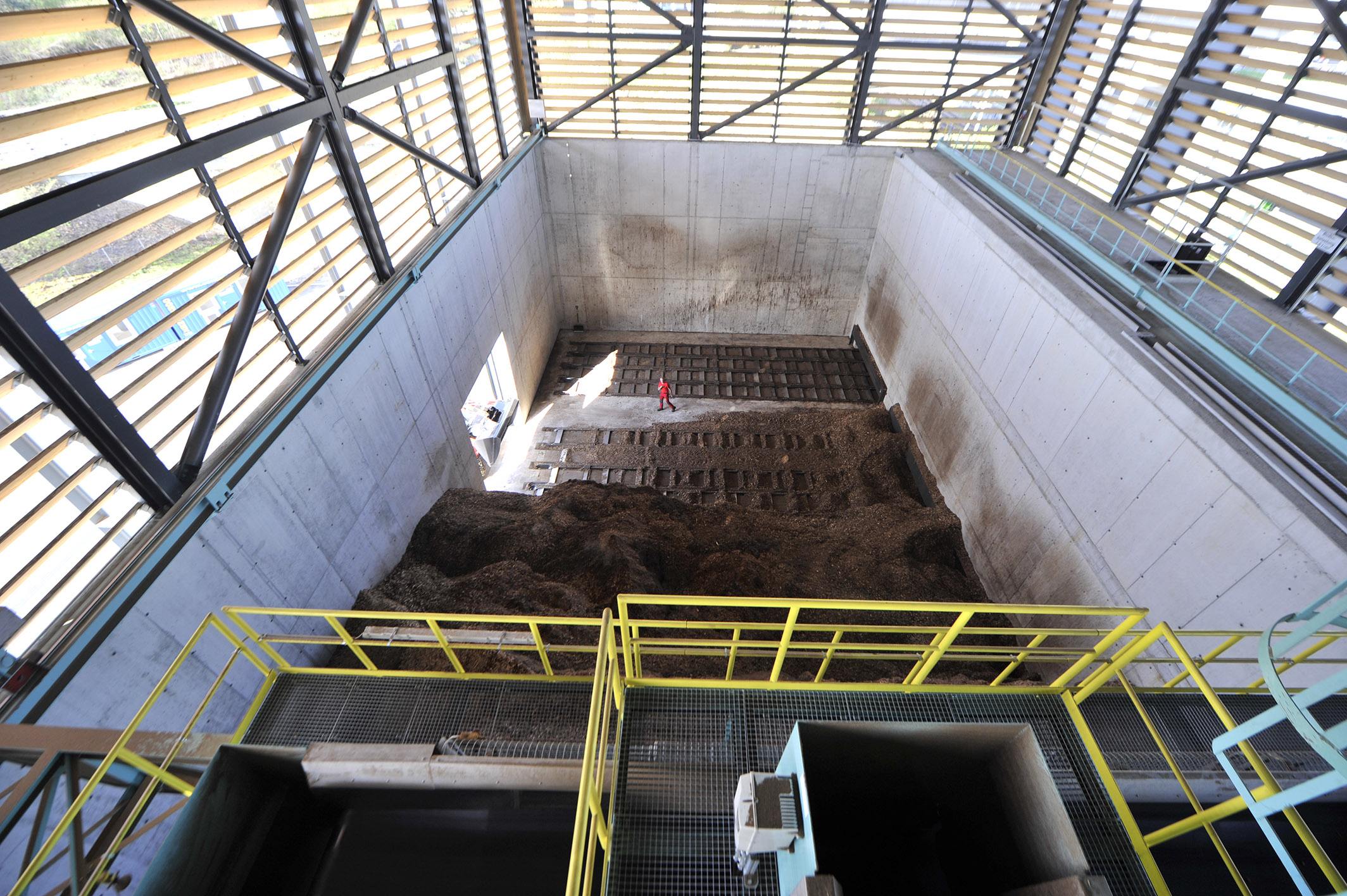 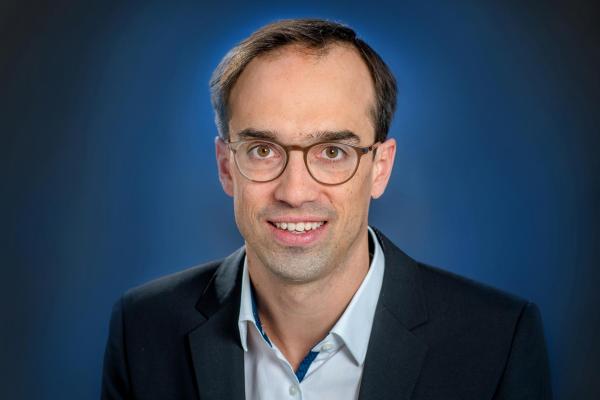 The push floor for bunkers is composed of three or more rectangular sliding frames, which are respectively provided with a hydraulic cylinder as well as with a common hydraulic group. Each hydraulic cylinder moves its sliding frame backwards and forwards on the silo floor. The sliding frame’s shape and feed rate are such that each movement continuously pushes the bulk material over the front release edge. Mostly, a screw conveyor, a trough chain conveyor or a conveyor belt is installed underneath the release edge removing the discharged bulk material. 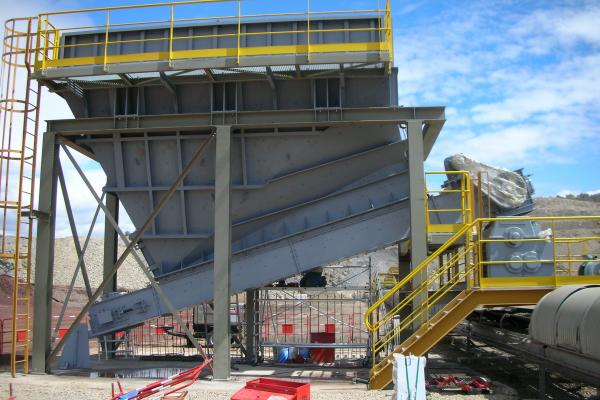 Discharge chain conveyors are installed at bunker outlet points or directly in boiler hoppers. The dimensioning and construction of the large inlet opening require detailed knowledge. 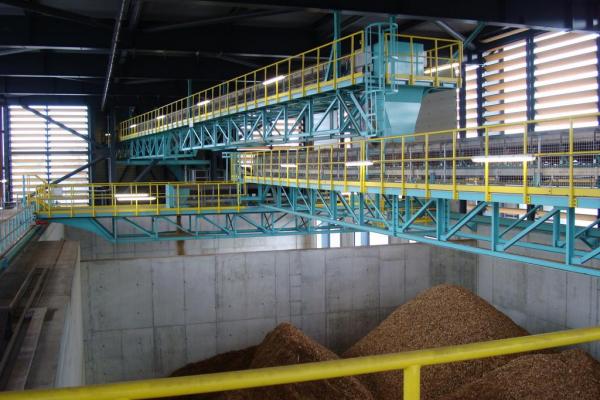 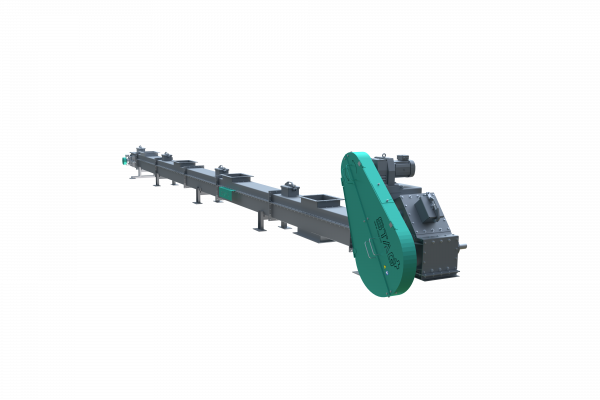 Chain conveyor are continuous conveyors and are suited for the conveyance of bulk products of all kind up to small-sized products and sludges.