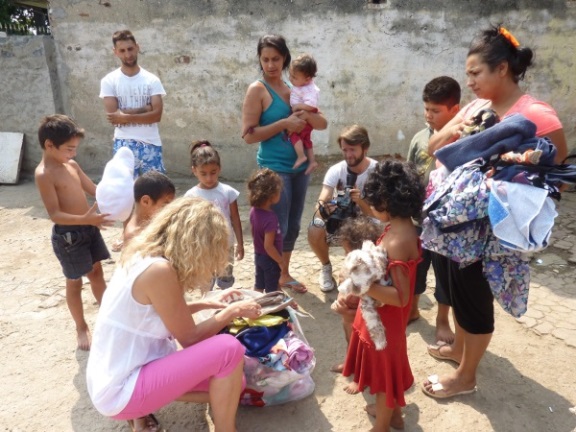 back to list
Social Project Street Children/Adolescents in Romania

I would like to take the opportunity to express my thanks for the generous charitable contributions I received. I am deeply grateful to STAG and its customers for their important support. Without this financial assistance, it would not be possible to realise many of our projects.

A big dream came true in 2018, through generous donations a new big operating washing machine could be purchased for the rescue center in the house Lazarus.

It’s a very important investment for the institution. More than 100 people off the streets and from the house Lazarus have now the possibility to wash their clothes.

The people of the Lazarus house have been involved for the develop-ment of new work projects. The projects should bring them joy and should be sustainable. The young people wanted something that is associated with nature and working with their own hands.

Two important projects were launched. On the one hand, a workshop was built, where handmade products are being produced. First steps towards handling with tools and processing wood are learned and made them very happy. With the help of donations a lot of tools and materials have been acquired.

The second project is the garden project that has emerged. A lot of time and energy was invested. One could even describe these projects as a form of ergotherapy. All people of the house Lazarus suffer from psychological illnesses. The ergotherapy offers them an opportunity to act independently through mental work. With much love and joy the plans were implemented, a newly landscaped garden has been accomplished and the new workshop is built.

The donations enabled Victor to have a bone operation on both legs. Victor no longer depends on a wheelchair or crutches. The teenager now gets a chance for an independent life.

A young pregnant girl arrived with a serious skin disease at the house Lazarus. Isolated from other people, she had to live alone in a room for a considerable time until she could finally be treated. With a lot of time and much patience, her health stabilized. Healthy, her daughter Amalia saw the light of day.

Many people are suffering from tuberculosis. A disease that unfortunately often occurs in the context of the street. They are accommodated in a special hospital, about 100 km from Bucharest. Transports have to be organized. Also, these people need to be provided with clothing and additional food. The food in the hospitals is usually too little and barely edible. For these people, it is very important to be visited on a regular basis in order to maintain the connection to the real world.

A very important issue is the hygiene and dental project that has become an absolute essential feature. Thanks to the many donations also the medical area in the house Lazarus has improved considerably. When I was there in December 2018, I was very pleased when I saw a significant improvement in the medical cabinet in the Lazar. There were gloves, painkillers and ointments for wounds available. That has not always been the case. Our aim is to set up the medical cabinet so that it adjusts a bit more to the European standard. In reality, we are still far from it. That is a long way off.

In the coming year, a major renovation is planned. The sanitary facilities and rooms must be renewed. There is also a major restructuring taking place in the House of Lazarus.

Under the project name "mirrored tears" a charity event took place in November 2018 in the clubhouse in Göfis on behalf of the people of the house Lazarus. Ten young people, two children and five educators were there and touched hundreds of hearts with their impressive performance. Many people have been mentioning that to me. The days of their stay in Göfis and the performances will remain unforgotten. Further information and many pictures are available at www.lazar.help

Thank you dear company STAG, for the generous donation.